Life can be full of surprises. I was somewhat surprised when I received a diagnosis for a rare cancer in 2014. The treatment I received at UW Carbone Cancer Center was excellent, wonderful doctors, oncologists and the best of the best nurses. My time in hospital had some surprises, too. The nurses would make me crunchy toast and nuke an ice cream in the microwave at two o’ clock in the morning. The best news was when my oncologist Dr. J Chang called me at 7:00pm on Friday February the 13th to tell me my tests showed no trace of cancer. I’m not sure who was more surprised – me or Dr. Chang. My first granddaughter was born a week later, perfect timing.

Six months later my wife dragged me kicking and screaming (her words, not mine) to Gilda’s for our first meeting and orientation. After that we joined various support groups and met great members of staff and terrific survivors, caregivers and others touched by cancer, some are now lifelong friends.

The UW Carbone Cancer Center did a wonderful job of treating my cancer, and Gilda’s has helped to complete the process emotionally and mentally.

A big surprise at Gilda’s for me was attending a sewing class in February 2017. I did ask if it was the sort of thing  men could join and was told in no uncertain terms by Kirsten that it jolly well was. That first class consisted of a sewing instructor Marta* from Chile, Sue from the Philippines, Rick from Singapore, myself from England and Mimi from California, all now living in and around Madison. We called it unofficially Gilda’s International Sewing Club, we decided that California is quite foreign. Marta gave three or four classes in 2017, we (including Sonia) have continued to meet every two weeks, sometimes it has been just to chat and share cake and cookies. The group is now around 12 strong mostly survivors.

When Gilda’s suffered severe flooding in 2018 we continued to meet in my dining room, we borrowed several sewing machines from Gilda’s and were able to share afternoon tea thanks to my wife Harwinder.

The biggest surprise about the sewing club is that, three years after the first class, I am still sewing. I have three sewing machines and lots of projects including sails for my canoe, clothes and blankets for my granddaughters, and a myriad of other items. It has helped tremendously with my overall recovery and kept me from getting under my wife’s feet now that we are both retired, and of course has earned me points for altering curtains and her clothes.

The coronavirus has put a stop to the normal meetings and gatherings at Gilda’s Club for the time being, however online meetings are now being set up. Gilda’s club is using an application called Zoom to conduct these meetings and I tried it recently with my family. With my three children’s families in different locations including Milwaukee we met to share news and afternoon tea.

An online sewing club meeting using Zoom is an interesting concept. A few of us have kept in touch by e-mail particularly over the last three weeks so I am planning to set up a meeting with them this week so that we can catch up, share news about sewing projects. and possibly plan some social events when this crisis is over. The next step will be an open meeting for the sewing club, a large number is tricky but it would be fun to catch up this way with the self isolation in place and if anyone has a sewing question someone might be able to help. Unfortunately our sewing instructor Marta does not have access to the internet with the library closed. To make the meetings seem more realistic I am going to play recordings of sewing machines in the background. 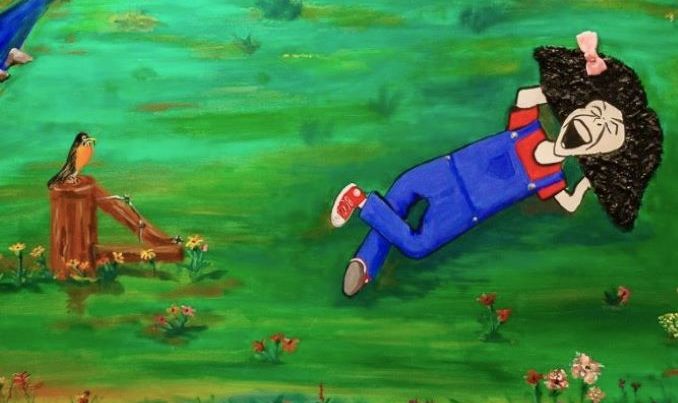