Tim and Margaret* didn’t think they needed to worry about their health insurance coverage. They both worked at a large Wisconsin employer and thought that things were stable. Sadly, the company began to suffer and eventually was forced to close its doors.

Their insurance management was taken over by a third party administrator, so they tried to not worry. But then, they both received that most dreaded news: They had cancer. They each received their own diagnosis. It was overwhelming.

They both started cancer treatment, and sought community at Gilda’s Club. But then they received another blow: they had lost their insurance coverage.

Fortunately, they heard about Gilda’s Club’s Patient Advocate, Debby Deutsch. Debby went to bat with the couple, looking into what happened with their insurance and how to get it restored. They worked with their elected representative, and Debby took their case to the Insurance Commissioner of Wisconsin. They were able to get their benefits reinstated within three days.

A program is born

Debby began working at Gilda’s years ago in a different role. But when staff learned she was about to finish her post-graduate degree in Patient Advocacy at UW Madison, Gilda’s Club saw an opportunity. The Patient Advocacy program was born.

This encompasses a wide range of areas, like researching medical trials, working through SSDI benefits, looking at pivots in care like asking for a second opinion, and navigating medical debt. She says that she asks, “What is your obstacle, and how can I help you overcome it?”

Debby is able to use her other professional roles to enhance what she provides at Gilda’s Club. In addition to having her own private practice, she also works at the Cancer Support Community Helpline, which makes her aware of resources on the national and international level.

Debby emphasizes that she follows an empowerment model. “I’m helping Gilda’s Club members make the connections, not doing it for them.” Because of your support, patient advocacy, just like all of Gilda’s programs, is provided at no cost to members. 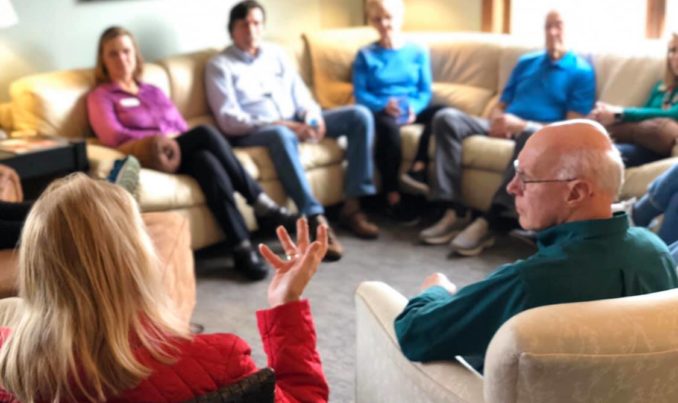